What are axial dampers? 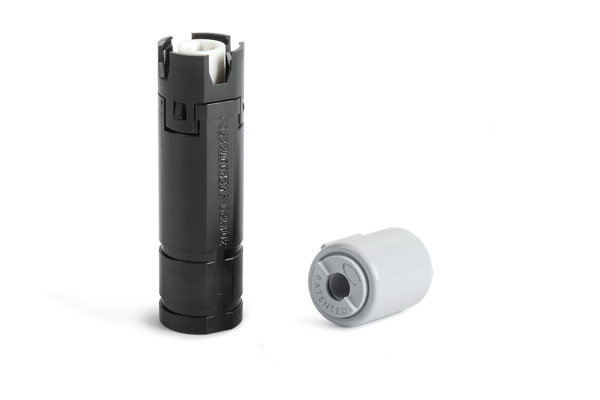 Constantly opening and closing lids and doors may lead to quick wear and tear, due to the resulting fast movements and vibrations. The use of dampers to slow down the movement allows shocks and noise to be absorbed, thus extending the life cycle of the product with smoother actions.

Amongst the many types of dampers on the market, axial dampers are some of the most commonly used in small applications, to facilitate the closing and opening of doors and flaps.

How do axial dampers work?

Axial dampers work in much the same way as rotary dampers, as the torque depends on the viscosity of the fluid and the position of little blades rotating within the device. Axial dampers and rotary dampers are distinguished by their positioning, as the former are normally mounted directly on the axis of rotation of the application.

Sometimes, the installation of dampers on the axis is made easier with a through-hole.

Within axial dampers as well, the fluid inside the dampers absorbs external shocks and vibrations, thus allowing controlled movement of lids, doors, and flaps and reducing their impact on the object on which they are installed.

Where are they used?

Axial dampers in the automotive industry are normally used on interior and exterior handles, luggage covers, the central armrest cover and many others to facilitate opening and closing movements. They are also widely used in other areas, such as on domestic appliances, oven door hinges, refrigerators and control panels for boilers and air-conditioners.

Small and easy to install, axial dampers are almost invisible and allow more comfortable and safer use by protecting all sensitive parts of the support where they are installed.

Search for the damper that's right for you